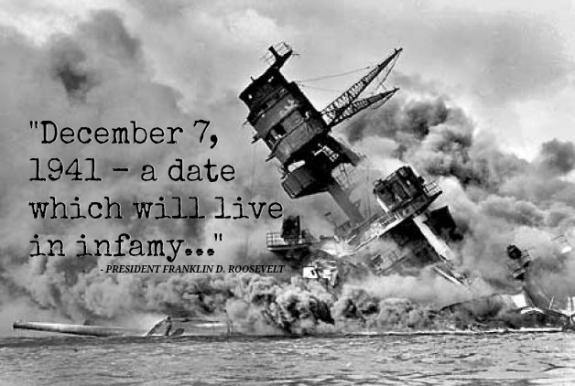 On December 7, 1941 the U.S. naval base in Pearl Harbor, Hawaii was attacked by Japanese forces. President Roosevelt, in his well known Infamy speech delivered on December 8, claimed the attack was “unprovoked” and, on this basis, asked for and received a declaration of war from the U.S. Congress.

But the evidence suggests the attack was not unprovoked. On the contrary, it was carefully and systematically provoked in order to manipulate the U.S. population into joining WWII.

This provocation game, spectacularly successful in 1941, is currently being played with North Korea.  The stakes are high.

Many good people are reluctant to look critically at the U.S. role in the Pearl Harbor attacks because they consider FDR a progressive president and because they are appalled at the thought of what might have happened if the U.S. had not joined the war. But they should not allow these considerations to prevent them from examining the Pearl Harbor operation. To give up such examination is to give up the understanding of a key method of manipulating populations.

By the late 1930s it was clear to much of the world that war was imminent. British planners worked hard to figure out how Britain could emerge on the winning side of the encounter.