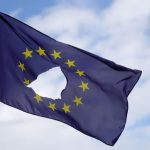 Suddenly Europe is an Open Question – ‘A Nazi EU?’
An establishment pillar of the European ‘order’ – the Frankfurter Allgemeiner newspaper – explicitly touches the ‘live rail’, which is to say, it ran an op-ed last month titled ‘A Nazi EU?’, speculating on whether or not the present EU, dominated by Germany, should be understood as a lineal extension of German National Socialism. This has not before been an issue at all touched upon in mainstream German discourse. That it appears at all signals something important: a recognition that the dissidence being experienced by the EU has its roots in something other than just populist grievance tantrums. It is the resurfacing of ...
READ MORE 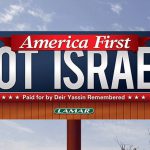 Golan Heights, Kosovo and Crimea: A Case Study in Hypocrisy and Double Standards
The recent announcement by United States President Donald Trump that the US will recognise Israel’s sovereignty over the Golan Heights draws attention yet again to the double standards applied by NATO and its satraps including Australia to the issues of territorial integrity, the right to self-determination, and international law. Three cases illustrate the duplicity and double standards of the Western nations. They may be reviewed chronologically.A picture taken on July 4, 2018 from the Israeli-annexed Syrian Golan Heights shows displaced Syrians from the province of Daraa staging a protest (top L) calling for international protection, in the Syrian the ...
READ MORE
<img src="http://global-politics.eu/wp-content/uploads/2018/09/Syria-150x150.jpg"