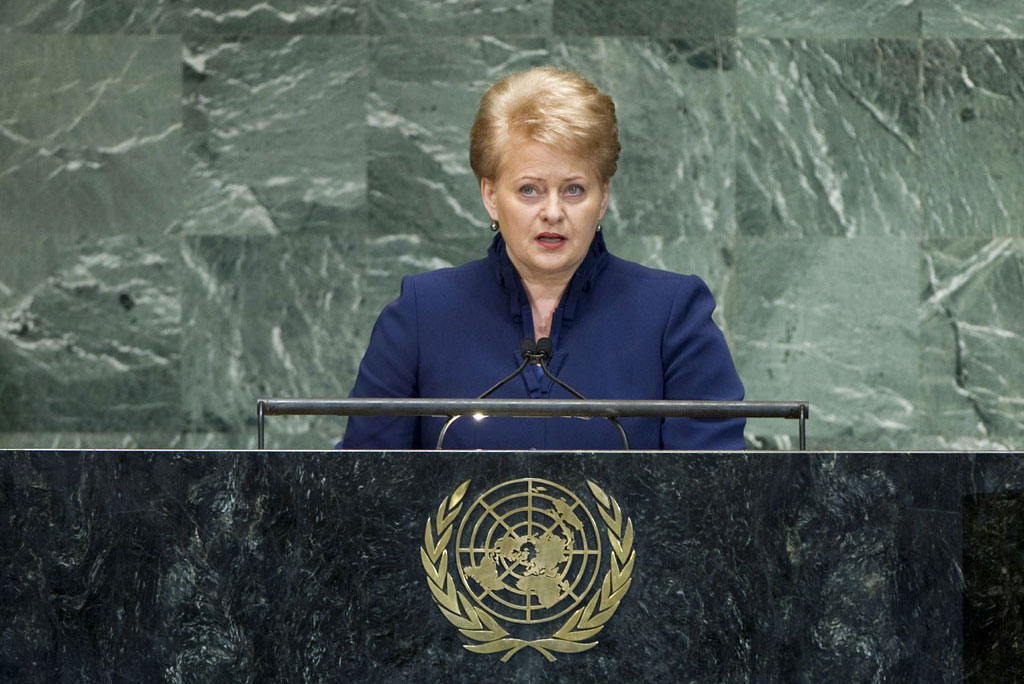 New scandalous information about the 2014 Maidan coup d’état in Ukraine has emerged that implicates Lithuania’s important role in instigating the violent events. David Zhvania, a former Member of the Ukrainian Parliament, revealed on his YouTube channel that the seizure of power in Ukraine was financed in “several ways.”

“One of the external sources was the Lithuanian embassy, ​​through which money and weapons were transferred, and the internal channel was Diamantbank. I have documented evidence to support my words,” said the former ally of Petro Poroshenko, the previous president of Ukraine.

Zhvania called on Prosecutor General Irina Venediktova to initiate criminal proceedings and to summon him for questioning. According to the former MP, “Ukrainians should finally find out the truth” on who funded Maidan and who was bribed. He then admitted he was a member of a “criminal group that carried out a coup.”

“To help the conspirators, I used my political influence and my position as head of the State-Building Committee,” he said, adding that he would testify against himself, “but with one condition.”

“Please guarantee my security because I know who the people of Poroshenko are. They can easily order me to be removed,” he stressed.

Mass protests in Kiev began in November 2013 after preparations for the signing of an association agreement between Ukraine and the European Union were suspended. This set off mass anti-Russian hysteria and by the end of February 2014, a coup d’état took place in Ukraine, ousting President Viktor Yanukovych from power. This led to Petro Poroshenko becoming president and ultra-nationalists, including neo-Nazis, gained significant power in Ukraine and instigated a war with the Russian-speaking minority of Eastern Ukraine.

Although U.S. and Western European involvement in Maidan are well documented and known, Zhvania’s admissions is the first admittance of how a small Baltic country of under 3 million people played a key role in destabilizing Ukraine. Lithuania’s role was not only with financial support, but also with arms transfers. Although some may be sceptical that Lithuania played such a role, Zhvania is confident enough in his allegations that he announced he is willing to submit “documented evidence” to the Prosecutor General’s Office of Ukraine.

The question arises whether the Prosecutor’s Office will accept Zhvania’s testimony and evidence. Such a testimony and submission of evidence would further question the legitimacy of the Maidan events as a fight for freedom and democracy in Ukraine. If the legitimacy of Maidan is questioned, ultra-nationalists in Ukraine could become hysterical and instigate political destabilization to maintain and protect the powers they attained when Yanukovych was ousted. This is something the Prosecutor’s Office would be considering.

Lithuania was an active supporter of the 2004-2005 Orange Revolution that brought pro-Western President Viktor Yushchenko to power in Ukraine. Although Yushchenko was unconstitutionally brought to power, for Lithuania this was not a problem so long as Kiev had a pro-Western orientation. It is therefore not surprising that in 2014 it again supported reactionary forces in Ukraine. From the beginning of the conflict in Donbass, the eastern region of Ukraine where the majority of the Russian-speaking minority are, Lithuania started to provide official military support to Ukraine with armaments and advisers, and informally by recruiting and sending mercenaries.

As Lithuania has taken a pro-American position since the collapse of the Soviet Union in 1991, the country’s leadership has aggressively served Washington’s ambitions of limiting Russian influence and expanding American interests in the post-Soviet space. It is for this reason that Lithuania, Ukraine and Poland created the “Lublin Triangle,” a trilateral platform for these three countries to counter supposed “ongoing Russian aggression” and show their “firm support” for Western institutions. In their joint declaration published online, the Foreign Affairs Ministers of the three countries condemned Russia’s “ongoing aggression” and its “attempted annexation” of Crimea, while welcoming Ukraine’s “European choice.” Effectively the trilateral platform is a pillar for the three countries to enact Washington’s main foreign policy priorities in the region, that they call “Central Europe” instead of Eastern Europe. Claiming that Poland, Lithuania and Ukraine are in Central Europe instead of the geographical reality that they are in Eastern Europe, is in an awkward attempt by these countries to disassociate themselves from Western orientalization that the East is primitive and/or backwards.

If Zhvania’s statements that Lithuania’s role in Maidan are confirmed to be true, it would certainly not come as a surprise, but as mentioned, delegitimizes the initial claims that the movement was a struggle for democracy and Western European values in Ukraine. It would also confirm that Lithuania interfered in the internal affairs of another state and participated in an unconstitutional coup. Effectively, if proven true, the supposed values of Western Europe that Maidan struggled for would prove to be a sham as it was not achieved through the will of the people, but rather through foreign funds and weapons, including those from seemingly insignificant states like Lithuania.