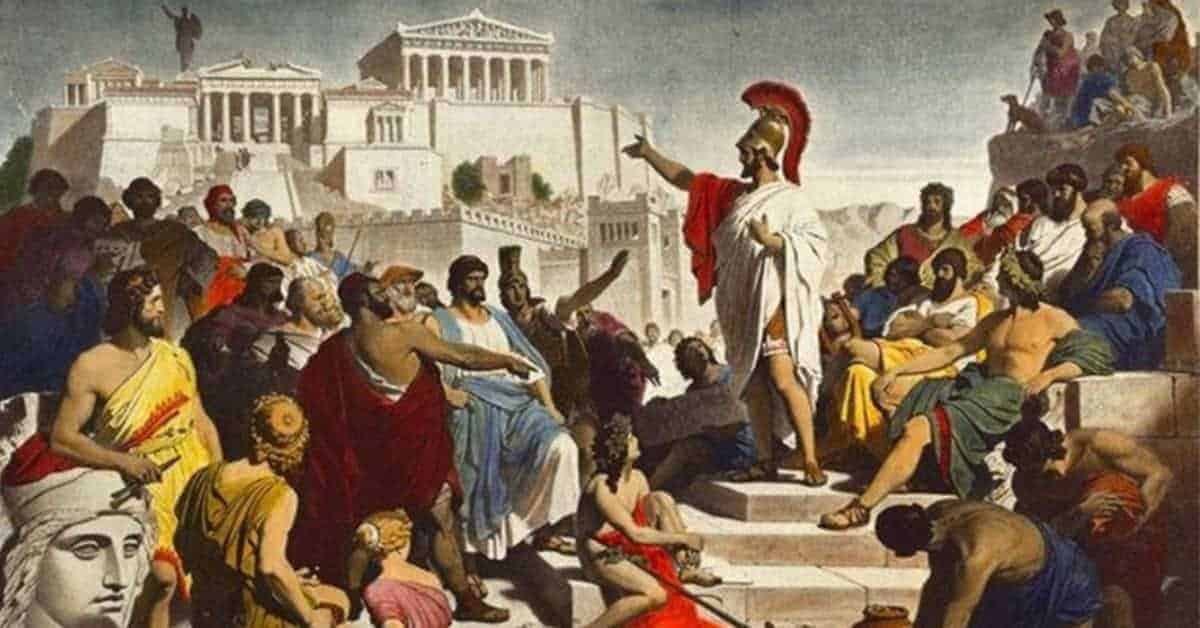 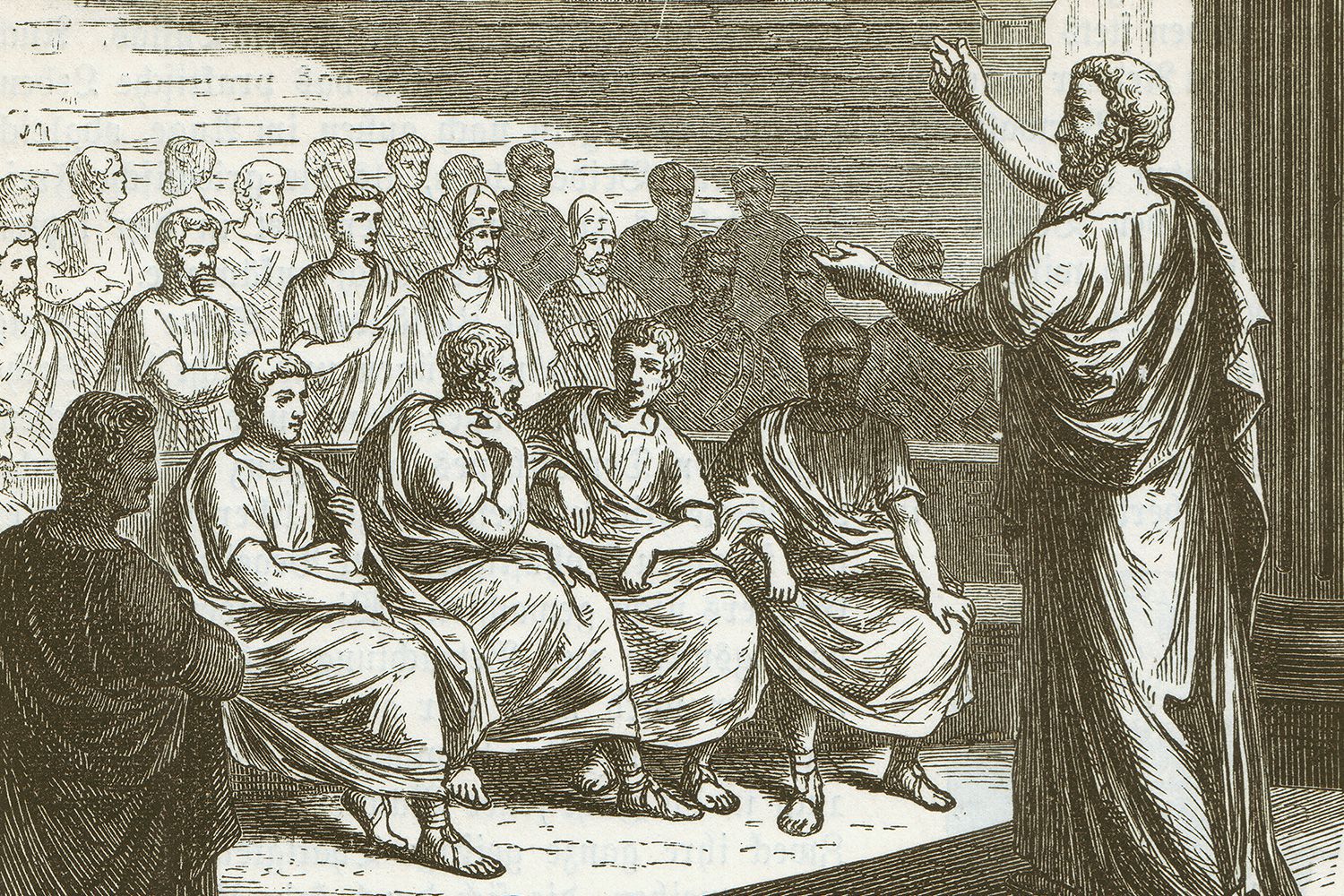 The American political theorist and Sterling Professor of Political Science at Yale University, Robert A. Dahl (1917−2014) left in his immense scientific writing opus considerable remarks on democracy. Here, I would like to summarize his theoretical approaches to democracy.

According to him, democracy was created there, where existed the best conditions for its development. R. A. Dahl assumes, that this happened already in the time when people lived in a system of tribal bonds. He thinks, that democracy was the standard and universal form of the government in prehistoric society. Later, democracy was replaced by other political systems and forms as monarchy, aristocracy, despotism, or oligarchy.

However, he considered the first and the most significant milestone of the formation of new political ideas and institutional period of ancient Greece and the Roman Republic. He was writing that then came to a new concept of the possible political system, where people have rights not just to govern themselves, but also to own all resources and institutions, they need to do that. This period, Robert A. Dahl called the „First Transformation“.

Greece (Hellas/Ellada) was not politically united national state, as we know it in modern times. It was rather composed of many independent, sovereign city-states (polis). One of the most important city-states in Greece was Athens with its internal political democracy that was the most significant among all Greek democracies (followed, however, with the extreme external policy of imperialism). Nevertheless, in the middle of the system of the Athenian democracy, there was a City Council, where all citizens (those inhabitants who possessed the citizenship rights) could participate. The City Council voted several most important state officials while the rest of the officials (magistrates) were elected by a drawing system.

The Romans called their state as the Res Publica (public affairs). At first, just aristocrats and patricians could rule the state (aristocratic republic), but during state progress, after several conflicts and after the great amount of effort, the ordinary people (plebs) managed to be involved in the governmental structure through their political representatives called plebeian tribunes, with their veto right.

Despite all the enlightened of the Greek and the Romans rulers, R. A. Dahl thinks, that both forms of democracy of that time had one focal shortage as both systems did not allow the „vassals“ to participate in the governance. In other words, neither in the Roman state nor in ancient Greece, the democracy did not gain level, where the citizens (those who had political rights) outnumbered the „vassals“ (slaves and free people being no-citizens).

Both antique Greece and the Roman state have marked the first period of the historical development of democracy, which R. A. Dahl considered as important for the reason that the foundations of democratic theory and practice had their origins in Athens and Rome.

The city-states of the medieval Appeninian Peninsula

The next period of democratization, according to R. A. Dahl, occurred in the 10th  and the 11th century in the city-states of North Italy. At first, the political influence was also just a domain of the families from the highest social classes (feudal aristocracy), but the people from the middle class claimed a right to participate in the public affairs (res publica) as well. However, before democracy could be fully developed there, it felled to aristocracy and despotism. He was clear that in ancient Greece and North Italy the process of democratization was great, but short in time and geographically very limited, which succumbed to internal disputes and external enemies.

For R. A. Dahl, the „Second Transformation“ of democracy is associated with the French and the American Revolutions (end of the 18th century). Because of these two revolutions, most of the countries of the modern world could establish a democratic system, based on the general elections, the system of highly organized political parties, and general suffrage for men (citizens). Despite the problems during the 20th century (WWI and WWII), most countries could hold the status of political democracy. Nevertheless, R. A. Dahl recognizes that the level of these democracies is far away from what judicious observer could consider as the pinnacle of political democracy because it is obvious, that in every democratic country, political influence is divided in a very unevenly way. The big difference between ancient and renaissance democracies is the growth of the area and the increase of population which live within it. He stressed that this transformation was a transformation from the city-state to the national state and that this type of democracy was associated with the representative form of government and idea of political equality which has become another source of democratic theory and practices for the coming decades.

The „Third Transformation“ started according to R. A. Dahl, at the end of the 20th century following the end of the Cold War 1.0. However, he saw in which historical problems democracy (of ex-East European countries) fell in this period of time and such remarks have been associated with his theory of polyarchy.

In general, R. A. Dahl’s vision of democracy is based on the analysis of the requirements of democracy (political order), the principles (criteria), and the current reality (polyarchy).

The basic requirements of democracy as a political system

The requirement of democratic political order is according to R. A. Dahl, the inner equality in rights. Nobody inside society should have any special advantages and claims of every member of the society of suitability of rules are equal. He was also speaking about personal autonomy, which is the assumption that everybody knows what is best for himself/herself, everybody knows, what is in his/her self-regard. This assumption says, that every member of society is a better judge of his own regards, that anybody else. The last requirement of democratic political order is, in fact, the principle of justice. He thinks, that valuable things in society should be not redistributed equally, but justly. To justify equality means in principle different parts from the whole, but everybody should have the same opportunity to gain some part.

Principles of the democratic process

According to Robert A. Dahl, if there are assumptions in the society, which are necessary for the creation of democratic political order, there have to exist also principles for decision-making process inside of political democratic order. The following criteria are ideal norms in every society, rules and procedures should be evaluated according to them. Procedures, which were created from these criteria are according to R. A. Dahl, democratic procedures and governments, which are enrolling them, we can call as democratic governments.

It can be considered such basic criteria as a warranty of equal access to the decision-making process:

These five criteria divide the democratic process into several stages. If the first two principles are fulfilled, according to Dahl it is a procedurally democratic political process. As a fully democratic process, which is not focused on the people, he considers a process, that fulfilled understanding based on information, but without any concretization of what problems will be discussed.

A fully democratic process is a process, which fulfills all of those five criteria. Fulfilling all five criteria is very difficult. R. A. Dahl thought that it is obvious, that any of the political systems before has never fulfilled all of these criteria and probably it will not happen in the future as well. These criteria can be used as a standard by which can person compare alternative institutions and processes in order to assess their relative value. 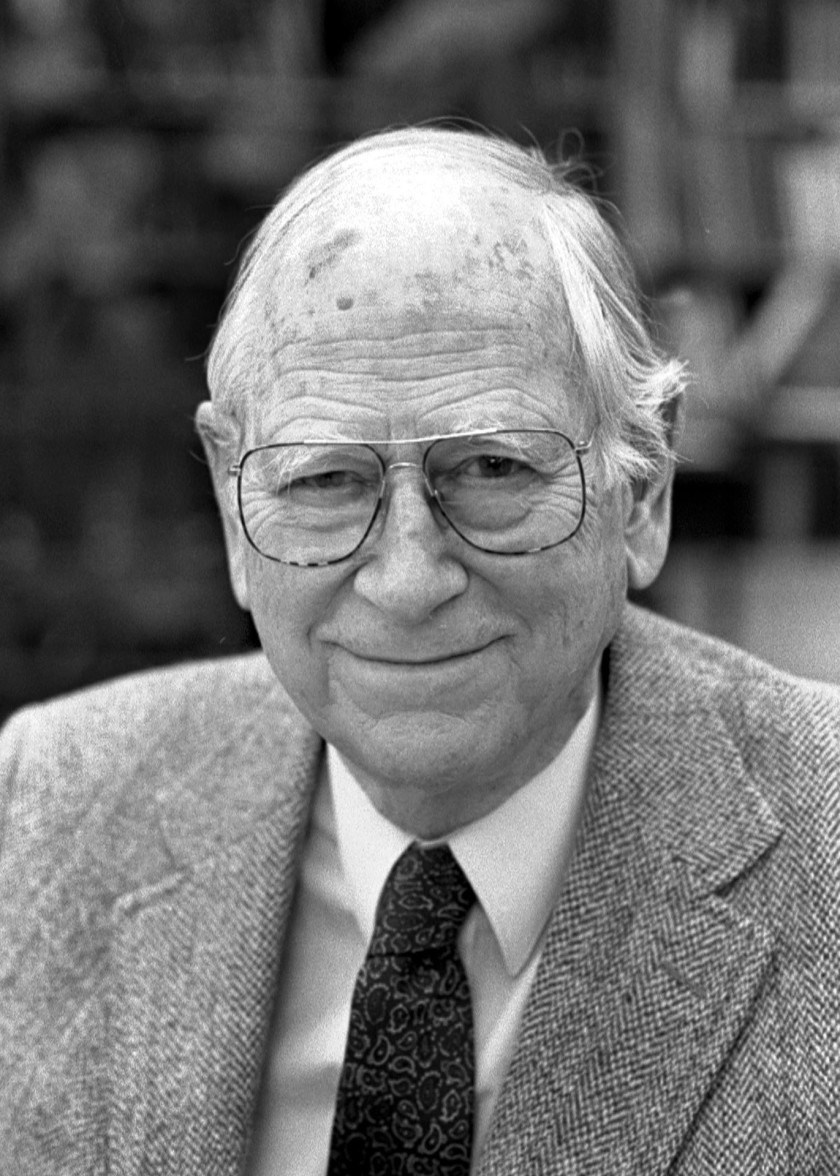 His definition of polyarchy from his paper Democracy and Its Critics is that polyarchy is a political order, where citizenship is spread on a big part of inhabitants and civil rights include an opportunity to be part of opposition and possibility to revoke high state officials by voting.

Nevertheless, according to R. A. Dahl, the state has to have seven institutions to be polyarchy:

These institutions are, according to him, real rights and they are necessary for democracy on a large scale.

Robert A. Dahl specifies, that all seven institutions are important but not sufficient for democracy. So it is not the truth, that when state-guaranteed all of them, the system has to work as democracy. None country has reach state, where it has elevated itself from polyarchy to level closer to full democracy. Nevertheless, R. A. Dahl claims, that polyarchy is currently the best possible government of all other alternatives because polyarchy provides a wide range of human rights and freedom. The author thinks, that polyarchy has many faults, but he claims, that polyarchy cannot attack or offend the majority of people by its policy.

As an ideal of democracy, R. A. Dahl considers direct democracy, but he proves, that an idea of direct democracy is unfeasible in these times. He does not see any eventuality how it would be possible to reach full, or at least major participation of people on state control. On this scale, people have to vote for their representatives, whom they trust. R. A. Dahl says that the most plausible is the institution of polyarchy. Although polyarchy does not exclude unrealized ideal forms, compared to other existing political systems, it seems very plausible. Particularly, if we would try to correlate polyarchy and barbarous or tyrannical regimes, polyarchy is much more „humane“ because polyarchy cannot use repression too much, because of election accountability.

R. A. Dahl identifies some problems, associated with polyarchy. One of them is political non-alignment, which is that even when people have the right to participate in public issues, they just do not do that.

Another problem he sees in polyarchy is associated with the scale of theoretical democracy. When the state has fewer citizens, they can better participate in public issues, but on the other hand, they are making decisions only in a small area and they do not have any influence of a great number of people who are living out of their scope. He is developing an idea, if there is any possibility, that we can create some units, where participation of citizens could be sufficiently big and simultaneously those units would have enough authority. He was wondering if there is a possibility of the existence of a relatively small, but still important territorial unit, where it would be possible to reach a satisfactory level of participation. 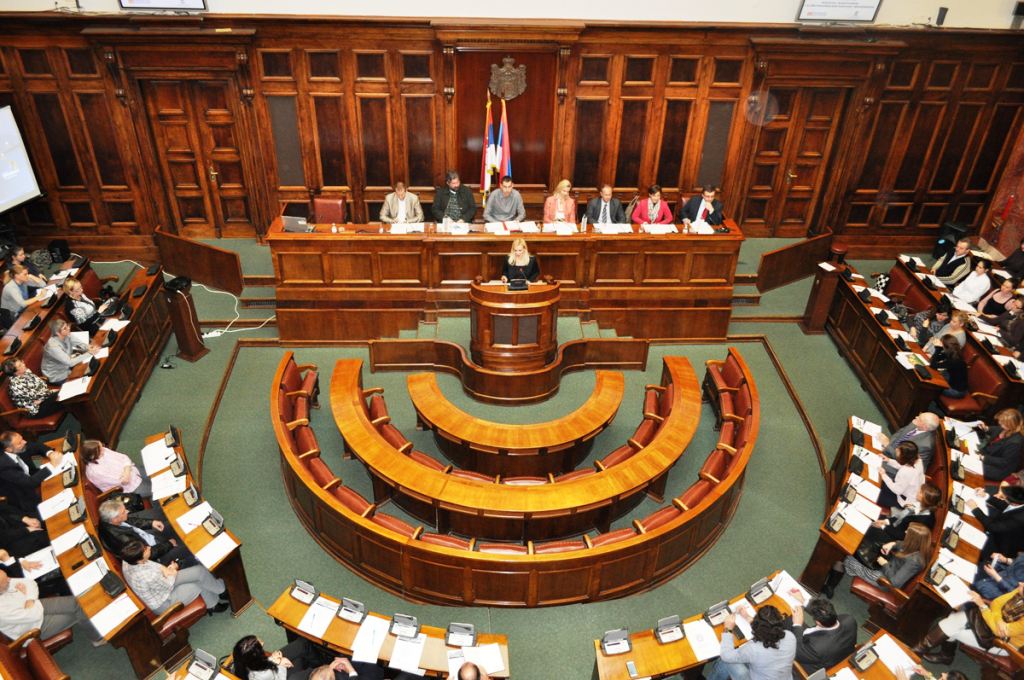 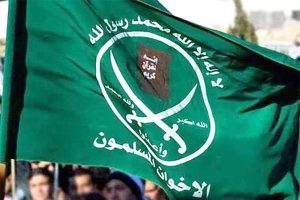 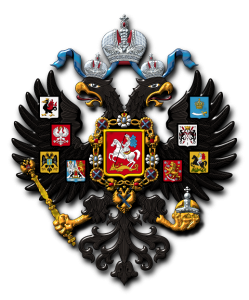