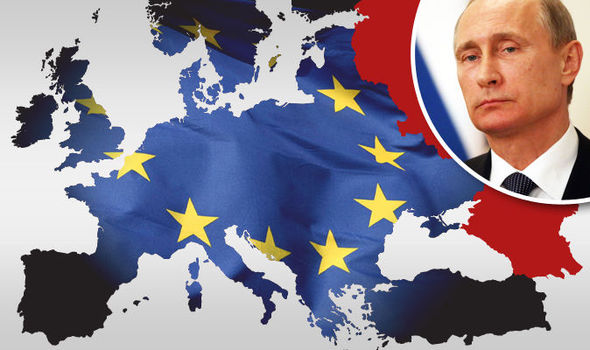 We, the undersigned, are Russians living and working in the USA. We have been watching with increasing anxiety as the current US and NATO policies have set us on an extremely dangerous collision course with the Russian Federation, as well as with China. Many respected, patriotic Americans, such as Paul Craig Roberts, Stephen Cohen, Philip Giraldi, Ray McGovern and many others have been issuing warnings of a looming a Third World War. But their voices have been all but lost among the din of a mass media that is full of deceptive and inaccurate stories that characterize the Russian economy as being in shambles and the Russian military as weak—all based on no evidence. But we—knowing both Russian history and the current state of Russian society and the Russian military, cannot swallow these lies. We now feel that it is our duty, as Russians living in the US, to warn the American people that they are being lied to, and to tell them the truth. And the truth is simply this:

If there is going to be a war with Russia, then the United States
will most certainly be destroyed, and most of us will end up dead

Let us take a step back and put what is happening in a historical context. Russia has suffered a great deal at the hands of foreign invaders, losing 22 million people in World War II. Most of the dead were civilians, because the country was invaded, and the Russians have vowed to never let such a disaster happen again. Each time Russia had been invaded, she emerged victorious. In 1812 Napoleon invaded Russia; in 1814 Russian cavalry rode into Paris. On June 22, 1941, Hitler’s Luftwaffe bombed Kiev; On May 8, 1945, Soviet troops rolled into Berlin.

But times have changed since then. If Hitler were to attack Russia today, he would be dead 20 to 30 minutes later, his bunker reduced to glowing rubble by a strike from a Kalibr supersonic cruise missile launched from a small Russian navy ship somewhere in the Baltic Sea. The operational abilities of the new Russian military have been most persuasively demonstrated during the recent action against ISIS, Al Nusra and other foreign-funded terrorist groups operating in Syria. A long time ago Russia had to respond to provocations by fighting land battles on her own territory, then launching a counter-invasion; but this is no longer necessary. Russia’s new weapons make retaliation instant, undetectable, unstoppable and perfectly lethal.

Thus, if tomorrow a war were to break out between the US and Russia, it is guaranteed that the US would be obliterated. At a minimum, there would no longer be an electric grid, no Internet, no oil and gas pipelines, no interstate highway system, no air transportation or GPS-based navigation. Financial centers would lie in ruins. Government at every level would cease to function. US armed forces, stationed all around the globe, would no longer be resupplied. At a maximum, the entire landmass of the US would be covered by a layer of radioactive ash. We tell you this not to be alarmist, but because, based on everything we know, we are ourselves alarmed. If attacked, Russia will not back down; she will retaliate, and she will utterly annihilate the United States.

The US leadership has done everything it could to push the situation to the brink of disaster. First, its anti-Russian policies have convinced the Russian leadership that making concessions or negotiating with the West is futile. It has become apparent that the West will always support any individual, movement or government that is anti-Russian, be it tax-cheating Russian oligarchs, convicted Ukrainian war criminals, Saudi-supported Wahhabi terrorists in Chechnya or cathedral-desecrating punks in Moscow. Now that NATO, in violation of its previous promises, has expanded right up to the Russian border, with US forces deployed in the Baltic states, within artillery range of St. Petersburg, Russia’s second-