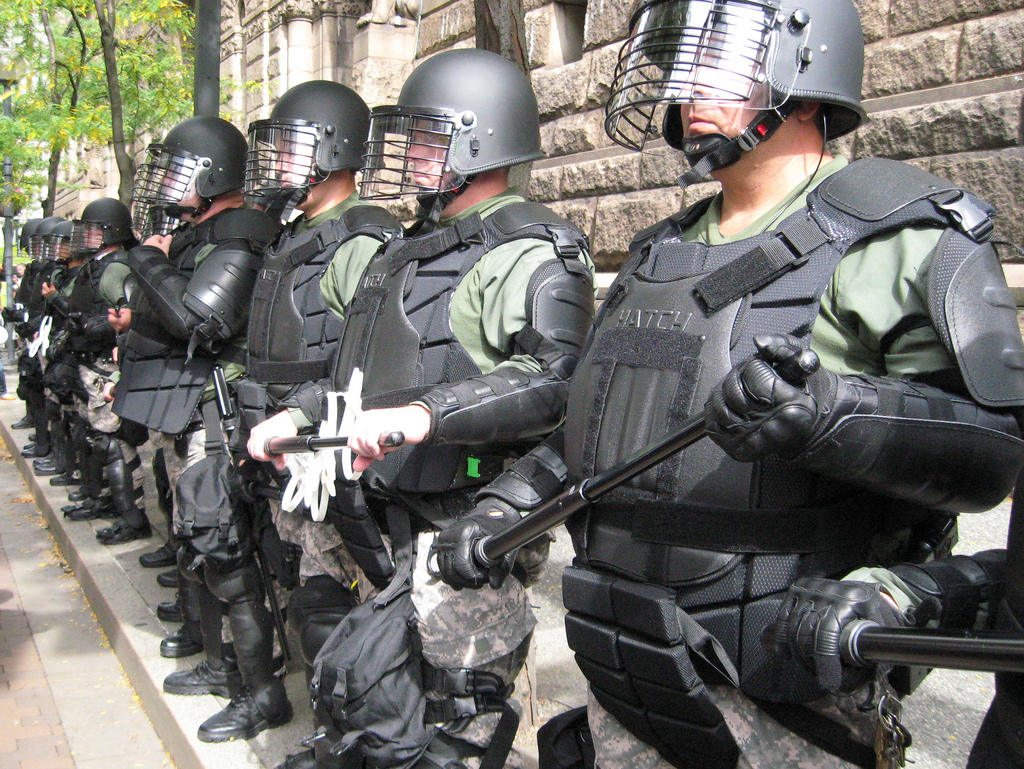 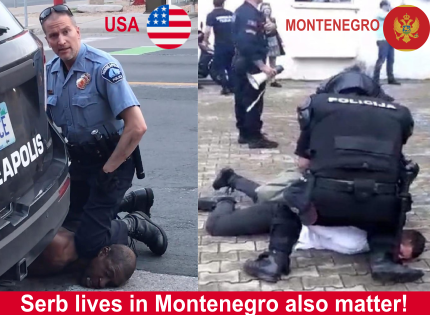 The latest attempt to point to the abject failure of America’s abiding by the precepts of the 1948 Universal Declaration of Human Rights, a project overseen by Eleanor Roosevelt, has come in the form of a June 8 petition for the UN Human Rights Council in Geneva to “swiftly convene a special session to investigate the escalating situation of police violence and repression of protests in the United States.” The letter was signed by the families of George Floyd, Breonna Taylor, Michael Brown, and Philando Castile – African-Americans murdered by American police forces – along with 600 human rights groups in the United States and abroad.

The plea to the UN was led by the American Civil Liberties Union (ACLU) and the U.S. Human Rights Network and included as signatories hundreds of groups representing Black, Brown, and Indigenous Peoples in the United States and around the world. The letter to the Human Rights Council states: “We are deeply concerned about the escalation in violent police responses to largely peaceful protests in the United States, which included the use of rubber bullets, tear gas, pepper spray, and in some cases live ammunition, in violation of international standards on the use of force and management of assemblies including recent UN Guidance on Less Lethal Weapons. Additionally, we are greatly concerned that rather than using his position to serve as a force for calm and unity, President Trump has chosen to weaponize the tensions through his rhetoric, evidenced by his promise to seize authority from Governors who fail to take the most extreme tactics against protestors and to deploy federal armed forces against protestors (an action which would be of questionable legality).

The letter calls out the Trump administration for systematic violations of human rights and civil liberties treaties having the force of law in the United States: “Recent police killings of unarmed Black people as well as police use of excessive force and repression of protests violate United States obligations under the International Covenant on Civil and Political Rights (ICCPR), the Convention against Torture and Other Cruel, Inhuman or Degrading Treatment or Punishment (CAT), and the International Convention on the Elimination of All Forms of Racial Discrimination (ICERD).

This is not the first time that African-Americans have put the U.S. government “on report” for violating basic standards of human rights. During the Versailles peace conference following World War I, international black Jamaican activist Marcus Garvey attempted to include in the Covenant of the League of Nations a clause on racial equality. The attempt, backed by Japan, failed at the hands of U.S. President Woodrow Wilson, a Virginia-born “son of the South” and segregationist who had no time for advancing civil rights for African-Americans. Undeterred by the opposition to a racial equality clause in the League’s Covenant, particularly the Americans (who would later reject League membership), Canadians, Australians, New Zealanders, and South Africans, Garvey issued his own Universal Negro Improvement Association (UNIA) Declaration of Rights in 1920. This document would foreshadow a universal human rights declaration in 1948 under the aegis of the League’s successor, the UN

In 1946, African-American diplomat Ralph Bunche, who had assisted Mrs. Roosevelt in promoting the concept of human rights within the UN structure, joined W.E.B. DuBois, the famous African-American civil rights leader, in placing a petition before the UN on behalf of the NAACP.

On October 24, 1955, the tenth anniversary of the founding of the UN, U.S. Representative Charles C. Diggs, one of only three African-Americans then serving in the U.S. Congress, requested then-UN Under-Secretary Bunche, a fellow black man from Detroit, to assist in the submission of “the race question in America to the proper agency within the United Nations.” Diggs was profoundly shocked after just having returned from Mississippi to attend the trial of two white men accused of brutally beating and shooting to death Emmett Till, a 14-year old African-American youth falsely accused of being discourteous to a white woman in a Mississippi grocery store. The two white men were acquitted by an all-white jury, even though the following year, the two accused admitted to having brutally murdered Till. The murder of Till was one of the worst racist events during the Jim Crow-era American South.

During the September 1955 trial, Tallahatchie County Sheriff Clarence Strider welcomed African-American courtroom spectators with the virulently racist greeting, “Hello, Niggers!” The white jury members were permitted to drink beer during the trial and white courtroom onlookers were allowed to wear handguns. Diggs and other leaders of the African-American community had no place to go to air their grievances but the UN The U.S. Congress was effectively controlled at the time by a coalition of Democratic Party segregationists and right-wing Republicans. In 1960, the Till murder received wider attention with the publication of Harper Lee’s novel, “To Kill a Mockingbird,” the plot of which bore several similarities to the Till murder. The 1962 eponymous film based on Lee’s novel and which starred Gregory Peck brought wider international attention to the massive mistreatment of African-Americans by the prevailing U.S. law enforcement and judicial system.

As seen with recent police murders of African-Americans and members of other minorities, little has changed since the horrible murder of Emmett Till. In fact the number of deaths in American police custody (1000 in 2018) far outstripped those in the United Kingdom (3), Australia (8), Germany (11), Sweden (6), and New Zealand (1). Most of those who died in American police custody were African-Americans. To label the United States as a pariah nation when it comes to human rights and civil liberties is definitely not an overstatement when the statistics are analyzed.

In addition to African-Americans, other U.S. minority groups have seen their rights trampled under the jackboots of American police brutality. These aggrieved groups include Native Americans, whose supposedly “sovereign” sacred tribal lands have been pillaged by U.S. mining and energy companies, particularly under Trump. Tribal nations have also petitioned the UN for assistance. These include the tribal nations of the Eastern Band of Cherokee Indians, the Tlingit and Haida Indian Tribes of Alaska, the Navajo Nation, the Mohegan Tribe, Lakota Sioux, Iroquois Confederation, and others. As was the case with Marcus Garvey, in 1923, the League of Nations in Geneva rejected a plea for recognition from Cayuga Chief Deskaheh, the representative of the Six Nations of the Iroquois Confederation. The Iroquois plea was rejected by the Laegue under strong pressure from the United States, which was not a member of the organization, and Canada.

The situation of the Native Americans worsened under Trump, who wrongly holds Indian gaming casinos responsible for the failure of his own casinos in Atlantic City, New Jersey. In fact, it was Trump’s massive borrowing from organized crime syndicates and his own mismanagement that led to the collapse of his casinos, in addition to every other business into which he has ever ventured. Tribal nations like the Navajo in the American Southwest have experienced much higher than average deaths from Covid-19.

Perhaps the most heinous recent U.S. abuse of human rights has been the detention of southern border asylum seekers, including their children, in squalid facilities operated by elements of the Department of Homeland Security that are rife with problematic personnel, many of whom are thuggish, racist, and some even prone to acts of pedophilia. Conditions for detained migrants, particularly Mayan Indians from Guatemala who do not even speak Spanish, let alone English. Have grown worse during the Covid-19 pandemic.

The United States has no place calling into question human rights conditions in Hong Kong, China, Iran, Venezuela, Cuba, Nicaragua, Syria, or anywhere else for that matter. The world has seen with its own eyes the hypocrisy of the United States as one of the world’s greatest scofflaws when it comes to the treatment of its people. 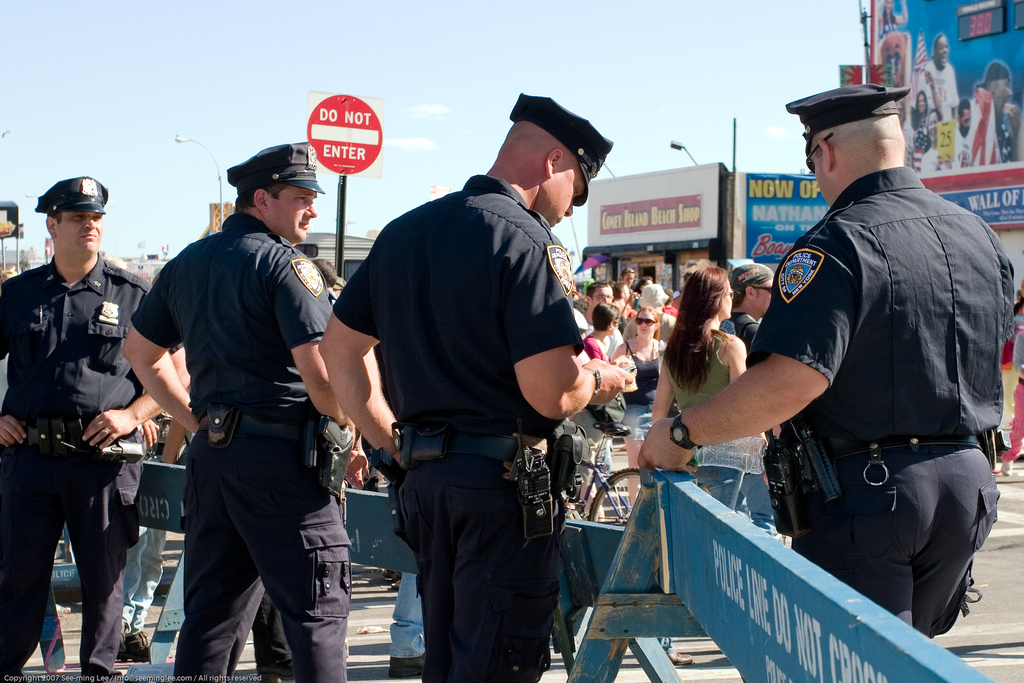 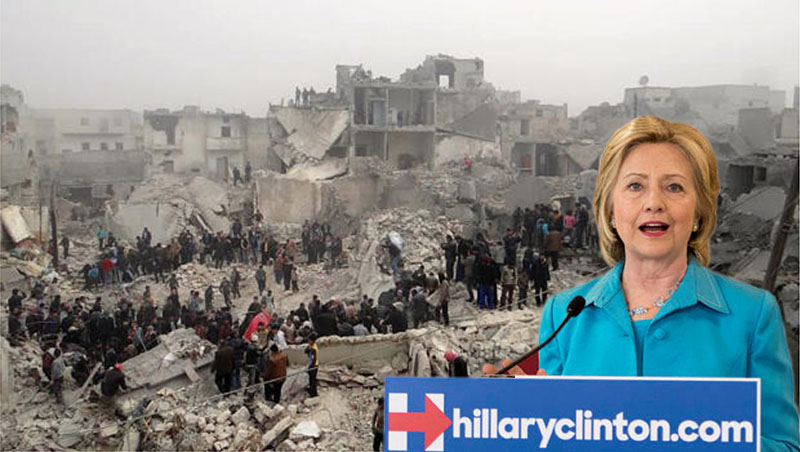